Getting beyond the messy conceptualization of CE

In recent years the concept of Circular Economy has received fast growing attention, both in the worlds of science and of policy making. Some scholars and practitioners present it as a novelty, but we have to acknowledge that it builds on the legacy of predecessors, like waste recycling and separation, industrial ecology, eco-industrial parks and industrial symbiosis. Various concepts go back to the 1980’s, like the concepts of waste hierarchies (3R’s, 4R’s etc.) and cascading. The 3R’s concept has become common place in many national waste regulations all over the world.

At best, we can frame the renewed attention as ‘Circular Economy 3.0’. By doing this, it raises questions about what it takes from version 1.0 and 2.0 and what is new.

We just published an article in Resources, Conservation and Recycling, discussing this. For this review, we focussed on the various inputs from a range of academic disciplines into the discourses. We analysed 69 scientific articles that explicitly referred to a waste hierarchy in terms of a 3R, 4R or more. We see articles from various disciplinary backgrounds (like environmental sciences, engineering, logistics, policy studies and more). 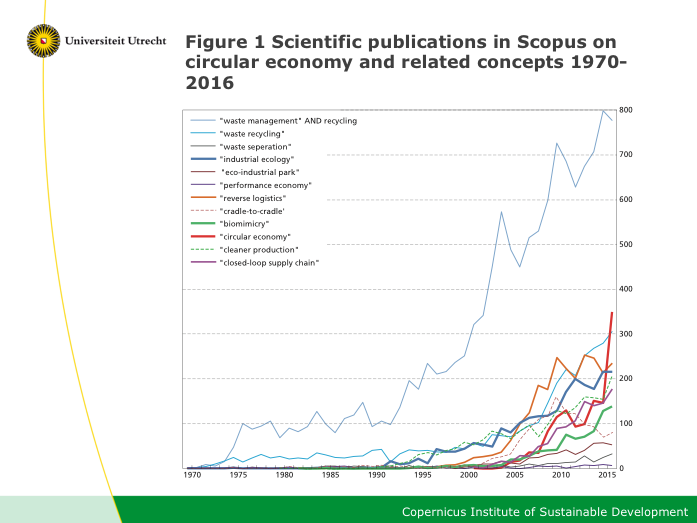 A remarkable finding is that in literature we see a messy cacophony around the 3 or more R’s as value retention imperatives (we rather not use the word ‘recycling’ anymore as overarching concept, see the article about why). In explaining what to do, these authors present a range from 3Rs to 10R’s, with the 5R’s version being the most often suggested. We see the same confusion also in policy documents: both the EU and the UN suggest a 3R’s approach, but the R’s have different meanings. This links to a more serious issue in the scientific literature on circular economy: when using a 3R’s to 10R’s waste hierarchy, scientists are really messing up, because they use 38 different ‘re-'-words in these hierarchies.

In our article, we intend to clean up this mess. Synthesizing the many contributions, we present a final 10R’s hierarchy (starting with the R0, being ‘refuse’ from the consumer perspective, and summing up to R9, the re-mining from old land-fills). By thorough comparison we sketch the variation of definitions of the 10 R’s and come to the best available definitions.

We also present an integrated version of the value retention options mapping, including some of the loops that are often ignored (like the substantial leakages to less developed countries) and highlighting the role of new economic actors in the repairing, refurnishing and remarketing of products. The figure allows to give balanced attention to the (in many places already well organized) longer value retention loops, the middle long loops (where we now see many new business models initiated) and the short loops (with a key role for consumers and non-commercial activities). 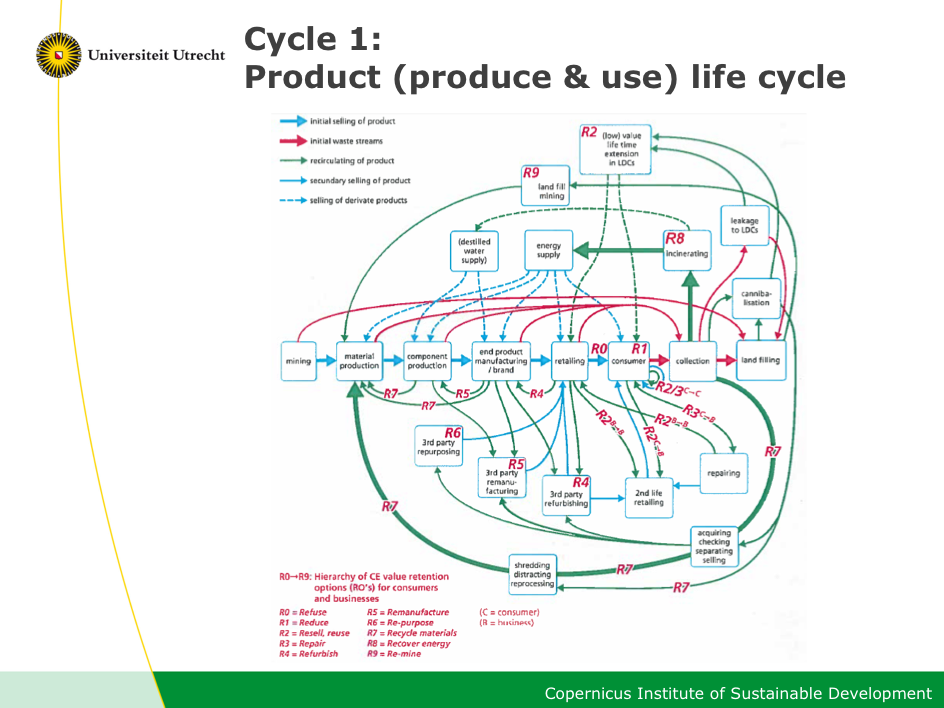 We hope researchers and policy makers will benefit from our efforts to synthesize the formerly messy discourse. For the detailed discussion, we refer to the article itself:

Reike, Vermeulen and Witjes (2017) The circular economy: New or Refurbished as CE 3.0? — Exploring Controversies in the Conceptualization of the Circular Economy through a Focus on History and Resource Value Retention Options, in: Resources, Conservation and Recycling,  https://doi.org/10.1016/j.resconrec.2017.08.027 (will be available as open source)